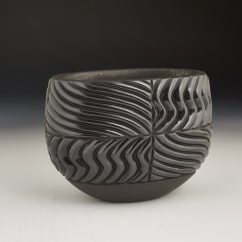 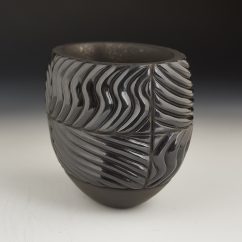 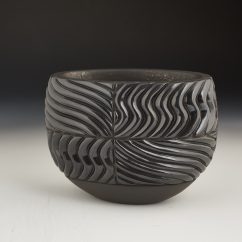 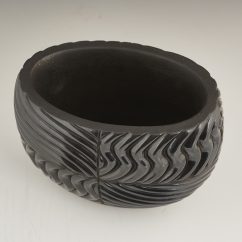 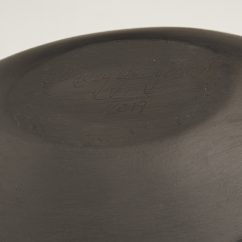 Phenomenal! This is an incredible new creation by Nancy Youngblood. I had seen a very large version of this design she had made, and asked if she could create a smaller version, and it turned out so magnificently. Nancy explains that the concept for the Four Corners is twofold. “First, I love the way the light plays on a swirl piece. And like our four corners on the map, it represents where we are from regionally.” Technically, the carved and polished work is amazing. The swirls feel like they are spinning with motion. The curves are gentle and soft. Each of the panels meet so beautifully on the seamed edges. The polishing is also magnificent. Everything about this new creation really works!