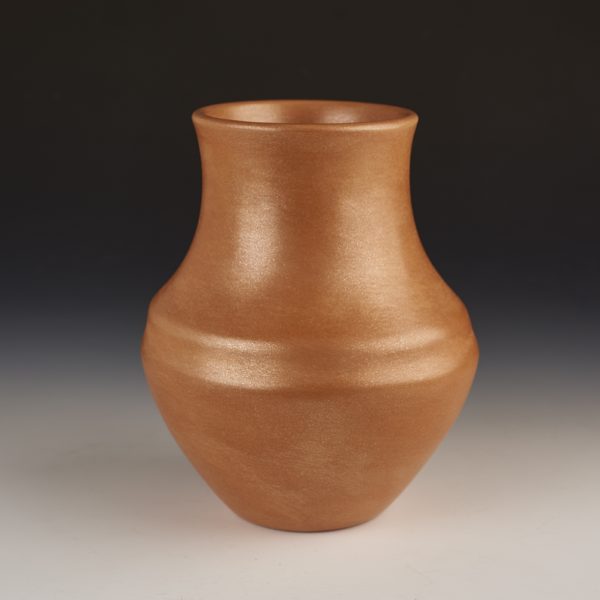 Myrtle Cata is a member of the Turquoise Clan and was born in 1953. She is part San Felipe and part San Juan Pueblo. She has been hand coiling pottery since 1979. She has developed a style that is all her own. Some time ago, the San Juan tribal Co-op offered pottery making lessons. The teachers at that time were Tina Garcia and Sharon Garcia, both noted Santa Clara potters. Myrtle took the classes, and decided to focus on micaceous pottery, a style associated with the San Juan Pueblo, but then added her own shapes and forms having been influenced by her Santa Clara mentors. Her fine pottery is evidence of the skills of her teachers and her own special talents.

This beautiful jar is simple in appearance. It is thin walled, graceful and undecorated. A terrific example of her work.