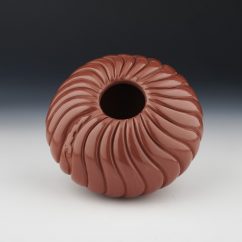 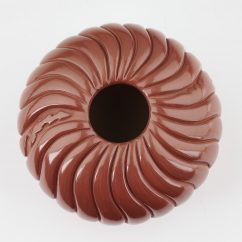 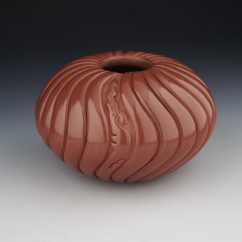 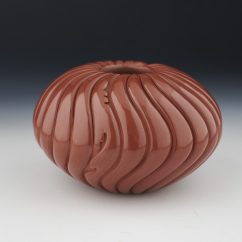 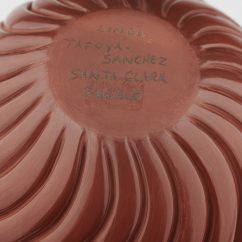 When I saw this new bowl by Linda, I knew I wanted to have it for the gallery. Hand coiled, traditionally fired outside, it is a very classic melon bowl. This form is timeless, BUT there is a twist to a distinctive design element. On one of the ribs, Linda has actually carved an avanyu (water serpent) and on the opposite side of the bowl, continued that carved imagery on another rib. She has never done this before, and it totally works! I find it to be so creative and visually appealing. The polishing on this bowl is outstanding. It is smooth and sleek. Such a flow to the entire bowl. I am so glad to have this new unique variation on the melon bowl form.