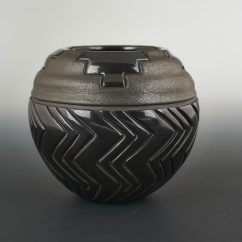 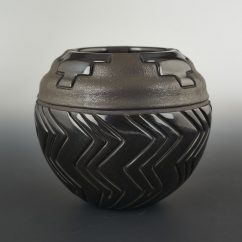 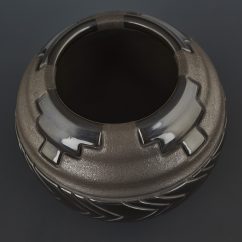 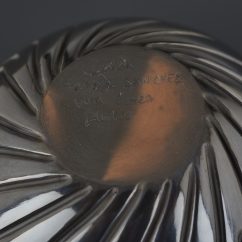 This new jar by Linda is hand coiled and traditionally fired outdoors. It has such an interesting combination of polished and matte/mica areas and straight and angled carvings. Her designs here represent lightning and mountains showing lightning strikes and pouring down rain. The top Mountain carved part of the jar is subtly impressed, so it almost looks like gentle folds in the design. The whole piece is rather bold and striking – just like the lightning and rain.