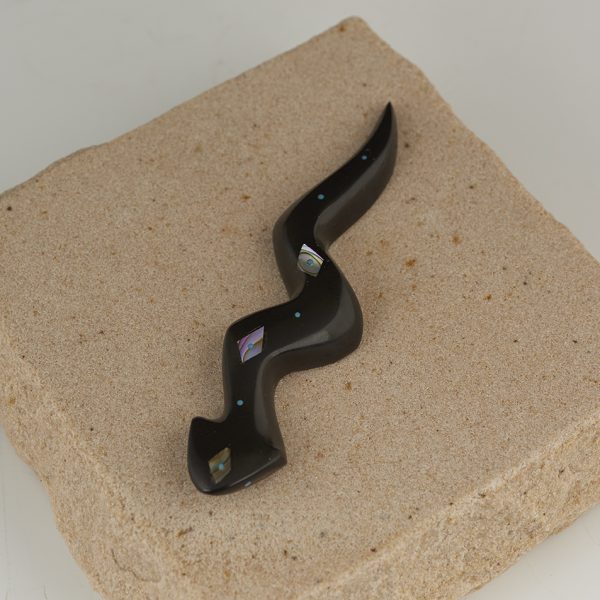 I am so partial to snakes that Emery Boone carves, that I have been patiently waiting for this carving. The way he embeds the mother of pearl and turquoise diamonds into the back of the black jet snake is so wonderful. He has such a distinctive inlay style. Emery’s mother Socorro is the younger sister of deceased, well-known carver, Emerson Quam. Young Emery Boone, born in 1965, learned mostly by watching at the feet of his mother and Emerson and his large family.

Emery is one of the carvers who can withstand the odor, mess, coal dust and tool fouling effects of jet. Many other carvers no longer work with jet because after time, any tools or buffing materials used with jet cannot be used on other materials.

Category: Zuni Fetishes
Warning: sizeof(): Parameter must be an array or an object that implements Countable in /home/jillgiller/public_html/wp-content/plugins/woocommerce-brands/classes/class-wc-brands.php on line 590