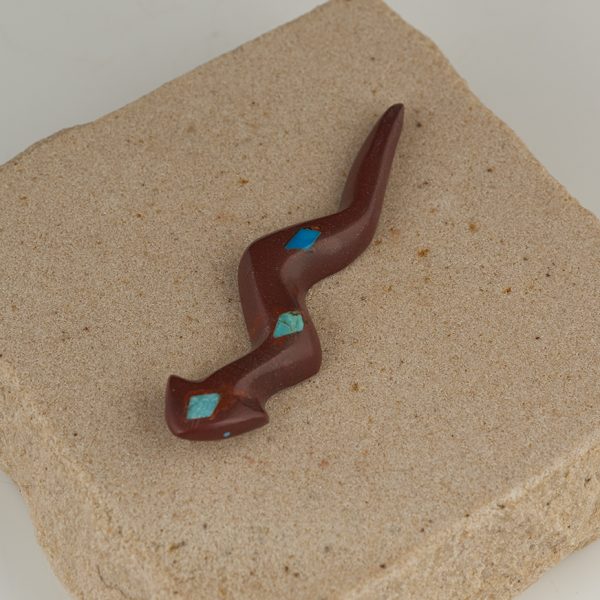 I am so partial to snakes that Emery Boone carves, that I have been patiently waiting for this carving. The way he embeds the turquoise diamonds into the back of the red pipestone snake is so wonderful. He has such a distinctive inlay style. Emery’s mother Socorro is the younger sister of deceased, well-known carver, Emerson Quam. Young Emery Boone, born in 1965, learned mostly by watching at the feet of his mother and Emerson and his large family.

Categories: Zuni Fetishes, New Additions
Warning: sizeof(): Parameter must be an array or an object that implements Countable in /home/jillgiller/public_html/wp-content/plugins/woocommerce-brands/classes/class-wc-brands.php on line 590